*This calculator is for informational use only and is based on the information you provide. Actual loan amounts and payments will vary based on additional items such as taxes and fees as well as the actual interest rate available to you from a financial institution. 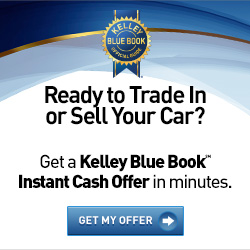 This is not a replica. This is a RARE AUTHENTIC VEHICLE!!!!!

BACK IN 1964, FORD'S THEN GENERAL MANAGER, LEE IACOCCA, ENVISIONED A SMALL SPORTS CAR TO REPLACE THE FULL SIZED MUSCLE CARS OF THE ERA. ORIGINALLY NAMED AFTER THE P-51 MUSTANG FIGHTER PLANE, THE FORD MUSTANG WAS A SUCCESS FROM THE VERY BEGINNING. FIVE YEARS LATER, NOTED AUTOMOBILE DESIGNER, LARRY SHINODA, INTRODUCED THE ORIGINAL BOSS 302 AND BOSS 429 MUSTANGS. WINNING BOTH NHRA DRAG RACING EVENTS AND SCCA TRANS-AM CHAMPIONSHIPS, THE BOSS MUSTANGS ENDEARED THEMSELVES TO BOTH RACERS & CAR ENTHUSIASTS ALIKE. 25 YEARS LATER (1994), THE BOSS PACKAGE WAS BACK. THE ORIGINAL LEGEND HIMSELF, LARRY SHINODA, ONCE AGAIN PUT HIS MARK ON A NEW STABLE OF MUSCLE MUSTANGS. HE KNEW HE COULD TAKE A GREAT CAR AND MAKE IT BETTER WITH DISTINGUISHED GRAPHICS, AERODYNAMIC ENHANCEMENTS & GROUND EFFECTS. IN THE SPIRIT OF "BOSS BY SHINODA", TEAM SHINODA WAS FORMED TO CONTINUE THE LEGACY OF LARRY SHINODA AND THE BOSS MUSTANG.

Shinoda Performance Vehicles only had about ninety certified vehicles. Of that only four (4) were Tangerine Orange color. Two of the orange cars are certified as Level 1, one is certified as level 2, and this is the ONLY convertible of the group (also level one). This car is one of a kind. More numbers for you. Only about eight hundred of the special-order Tangerine Orange cars were built by Ford In 1996, and only about two hundred and fifty were convertibles- of which half had white interiors. Meaning this is one of the hundred and twenty-five, there was only one of these that was converted and certified by Shinoda Performance Vehicles.

This certification is authentic and can be checked at www.teamshinoda.com

In our collection most people have said "we have never seen one like this!" We were fortunate to have had a pair of them, Coupe and Convertible. Her brother the coupe was also tangerine orange and a stage two with supercharger (see picture). We sold into California. Unfortunately, the car did not pass emissions at that time (now he would have- over twenty-five years old). We elected to put one of our mechanics on a plane sent him to bring the car into compliance with California law and for doing so we were able to get the rare supercharger (also color coded in tangerine orange) back and install on the convertible. The results are amazing! This would have made her a stage 2!

The reason no one has seen one of these - there was only "ONE" built!

This is an asset to buy, and watch grow in equity and enjoy driving at the same time. Rare vehicles are doing better today then the stock market! This car has all the options for the available year (see window sticker).

We have owned the car since June of 2011. We recently decided to sell her. We replaced fuel, battery and tires. We wet sanded. She is ready to go. We have an old appraisal from 2013, she appraised at forty thousand then. We are guessing she is well over fifty thousand.

Thank you for your interest in purchasing your vehicle from Autodynamics, Inc. We are eager to provide you with exceptional customer service while helping you find the car of your dreams. We are located at 5723 Star Lane, Houston, TX 77057.Please call us at 713-952-7900 with any questions.